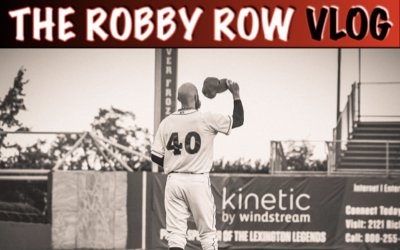 Want to bring you guys along for the ride so what better way to do that than creating a VLOG!! I’ll be trying to produce new episodes every week to give you inside looks to my routines during a professional season as I try to balance my playing career and my Online Instruction company. The order of Vlogs on this page will be from newest episode to oldest episode! Don’t forget to follow my social media platforms for more updates on my journey!

The content you’ve been waiting for! Taking you inside to how I prepare for a Start during the season. The routine really starts the second I walk off the field from my previous outing but during this Vlog you’ll see how I prepare starting with the day before a start and ending with the night after the actual start.

You’ll be getting an inside look to my throwing routines on the day before the start as well as the day of the actual start including my bullpen before the game. The outing itself wasn’t all that great but it was definitely fun to have to grind through a game that didn’t quite feature my best stuff. Your boy has a lot of work to do from a pitch execution standpoint and an overall starters conditioning standpoint.. and if you know me, that’s quite enjoyable!

Don’t blame me.. blame the people on IG for voting in approval of a Road Trip Vlog.. a Solo Road Trip for that matter..

I’m hoping this is going to be one of those pieces of content that you consume then look back and say, “wow.. I just wasted 50 minutes of my life.” Which would mean I did something right for you to not have that thought cross your mind during the vlog lol.

What a Day! Words can’t even describe the emotions to be honest.. The amount of support has been unreal and I can’t thank everyone enough but I really do love y’all! First professional outing in 2+ years for your boy! What a ride it’s been!