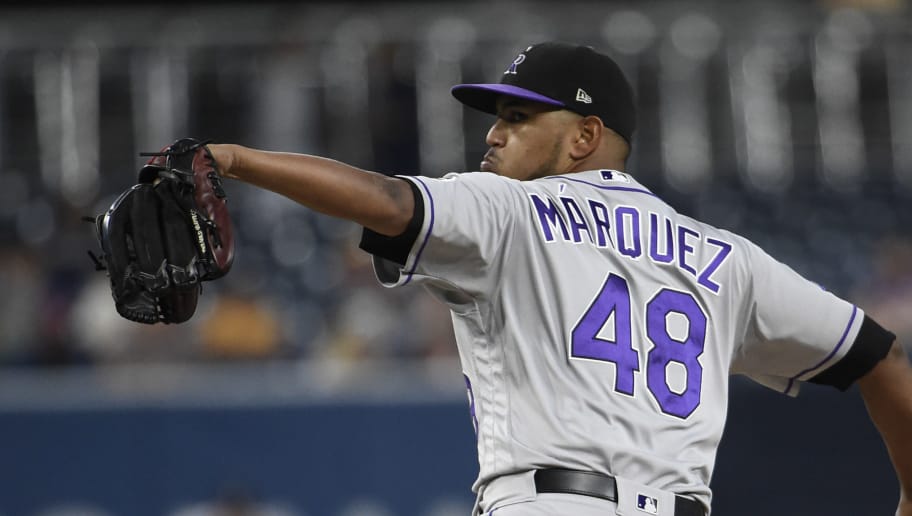 I wanted to do a breakdown on German Marquez because the dude almost just threw a No-Hitter and I don’t believe it was a fluke.

After the All-Star game last year Marquez dominated. That says a lot too knowing that he pitches in Colorado. In 14 starts after the All-Star break he compiled a 2.61 ERA and in 94 innings he struck out a total of 124 batters. Safe to say that Marquez has carried that success over to this year as well.

Like I mention in the video above Marquez has been constantly evolving as a pitcher. I don’t know the guy nor do I know how the Rockies handles all the Data Analytics but it appears to me that Marquez has taken to his analytics to understand more about his repertoire. Check this image out that shows the evolution of how he’s using his repertoire of pitches. 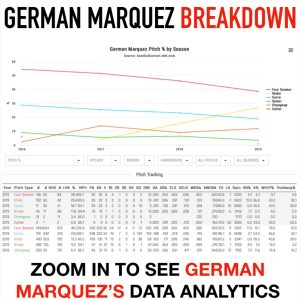 Or click this link to see his full Baseball Savant Page – https://baseballsavant.mlb.com/savant-player/german-marquez-608566?stats=career-r-pitching-mlb

It doesn’t take a genius to figure out that when hitters are hitting around .300 off your Fastball that maybe you shouldn’t throw as many of those.. Or if a hitter is hitting below .180 off your secondary pitches then maybe you should throw more of those. It’s a common case of being “smarter not harder.”

You’ll notice that when you watch Marquez pitch that he is very free and easy. Appears to be very relaxed on the mound. Well, why wouldn’t you be when you have a 97mph FB and 5 other pitches that you can get guys out with. The big thing I noticed in his game against the Giants is that he was sequencing his stuff very well. Never sticking to the same approach and often going to breaking balls when behind in the count. I mentioned in my breakdown video that this makes it extremely tough on a hitter to become comfortable in the box. And as pitchers, that’s what we want. We want that hitter to be uncomfortable up there.

Hope you enjoyed this breakdown. If you ever have any recommendations on who I should do another breakdown let me know by sending me a message on Instagram.

Also, if you’re a pitcher that is looking to better understand Pitch Sequencing, Mechanics, or even Pitch Grips. Be sure to go checkout “My Services” in the Menu Tab.

No Copyright was intended for this video.

Created by Robby Rowland Click below to find me on other platforms!